From a hole in the ground to the jewel in the crown – the multibillion-dollar Queen’s Wharf development is set to send Brisbane bolting into the future.

The Courier-Mail has been granted exclusive access to the CBD building site where the $3.6 billion Queen’s Wharf is literally rising before our eyes.

While most of the structures under construction stand only a few levels above the CBD streets, the sheer size of the project means the work already completed is the equivalent of two 60-storey buildings. 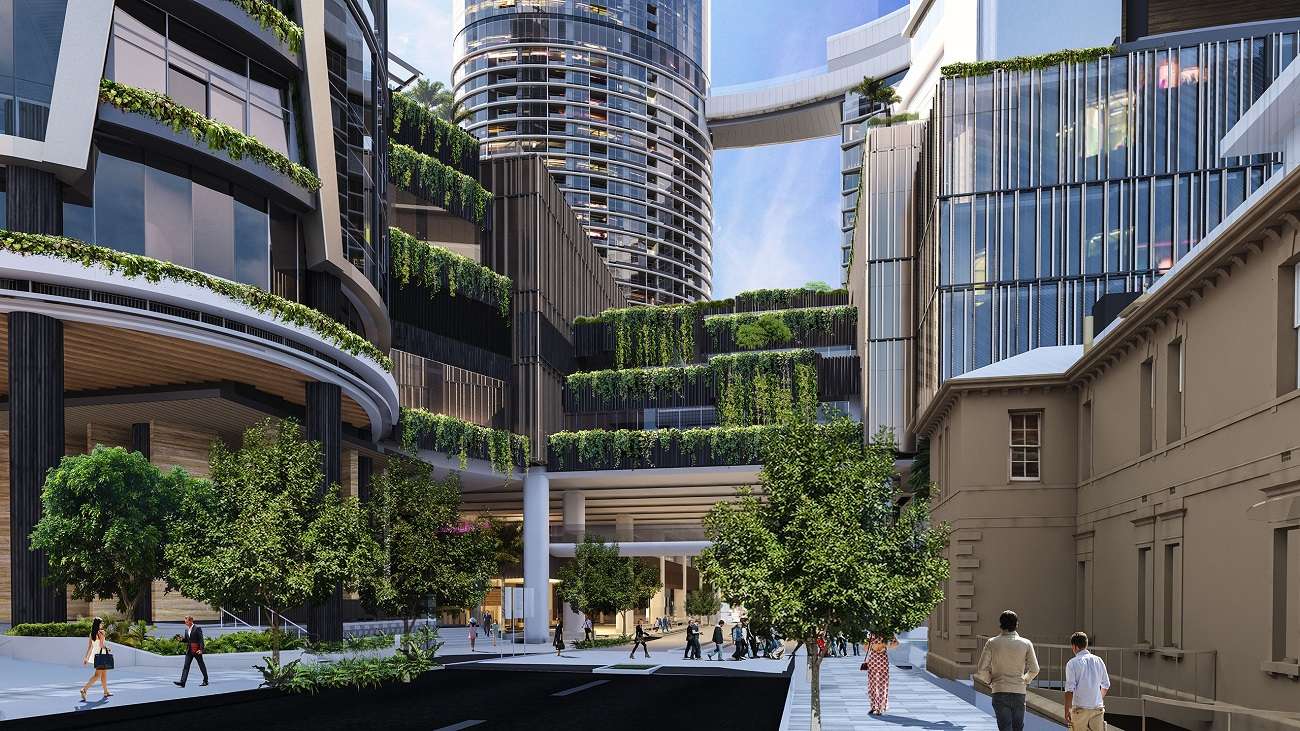 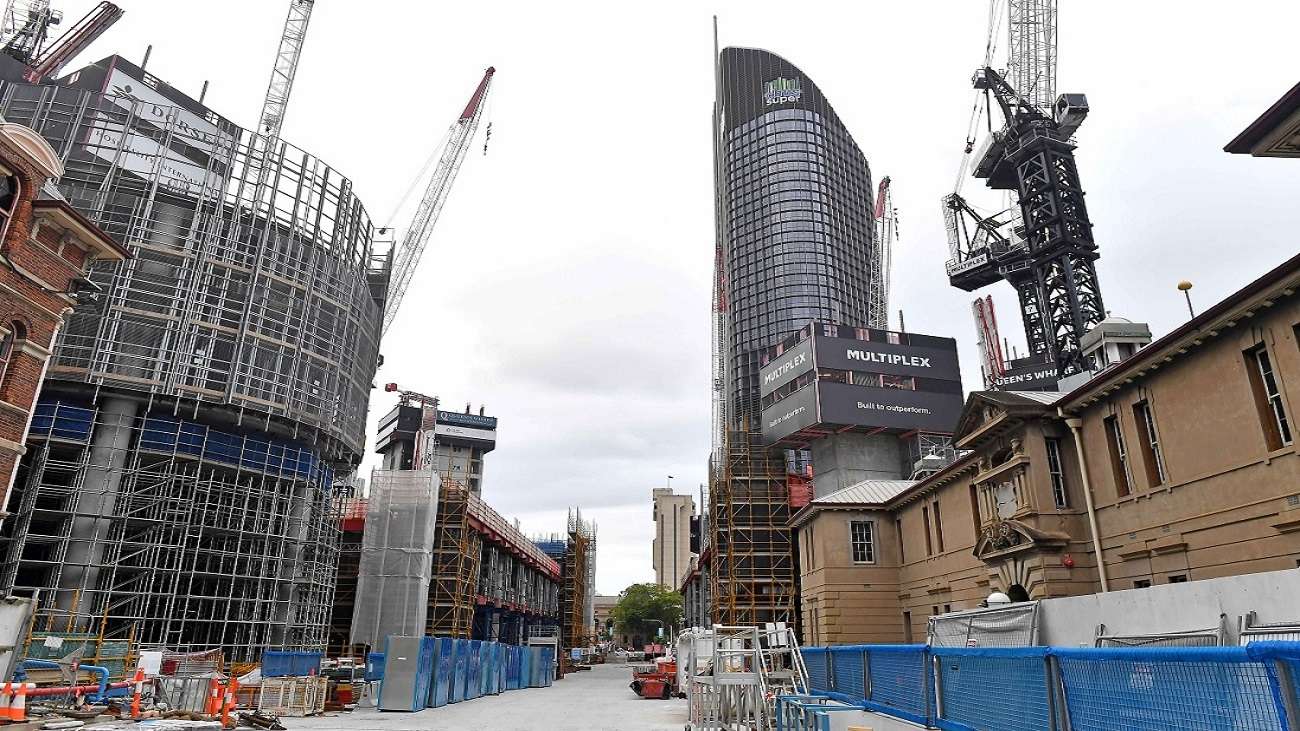 It is just over 18 months since work started on the game-changing project, with artist impressions of some of the development’s signature features slowly transforming to reality.

Already 26 Olympic swimming pools worth of concrete has been poured while 8700 tonnes of reinforced steel has been installed.

Construction of the level five precinct is already underway, with work starting on a pedestrian bridge which will soar above the Riverside Expressway and across the Brisbane River.

The monumental operation of fitting the bridge segments above the expressway is expected to take just one day. An artist’s impression of a completed Queen’s Wharf.

Already, 600 workers are involved in the construction phase, with that number expected to increase to some 1,500 by the end of the year when the tradesmen arrive on-site.

Towers 2 and 3 The Star Grand will top out January 2022, with Tower 1, the Rosewood and Dorsett hotels to top out at 200 metres by the middle of next year.

Nine historic buildings in the precinct will be incorporated into the development, including the existing hotel and casino structures which will form part of a new Ritz Carlton hotel and retain spaces, while the old Department of Primary Industries building, Brisbane’s original Immigration headquarters from 1865, is earmarked for a microbrewery.

The first part of the development, featuring hotels, restaurants and entertainment venues, is on track to open late next year, delivering up to 8000 jobs and bringing an estimated 1.39 million additional visitors to Brisbane.

Star is also busily transforming the company’s Gold Coast casino into a mini-Manhattan of apartment and resort towers. 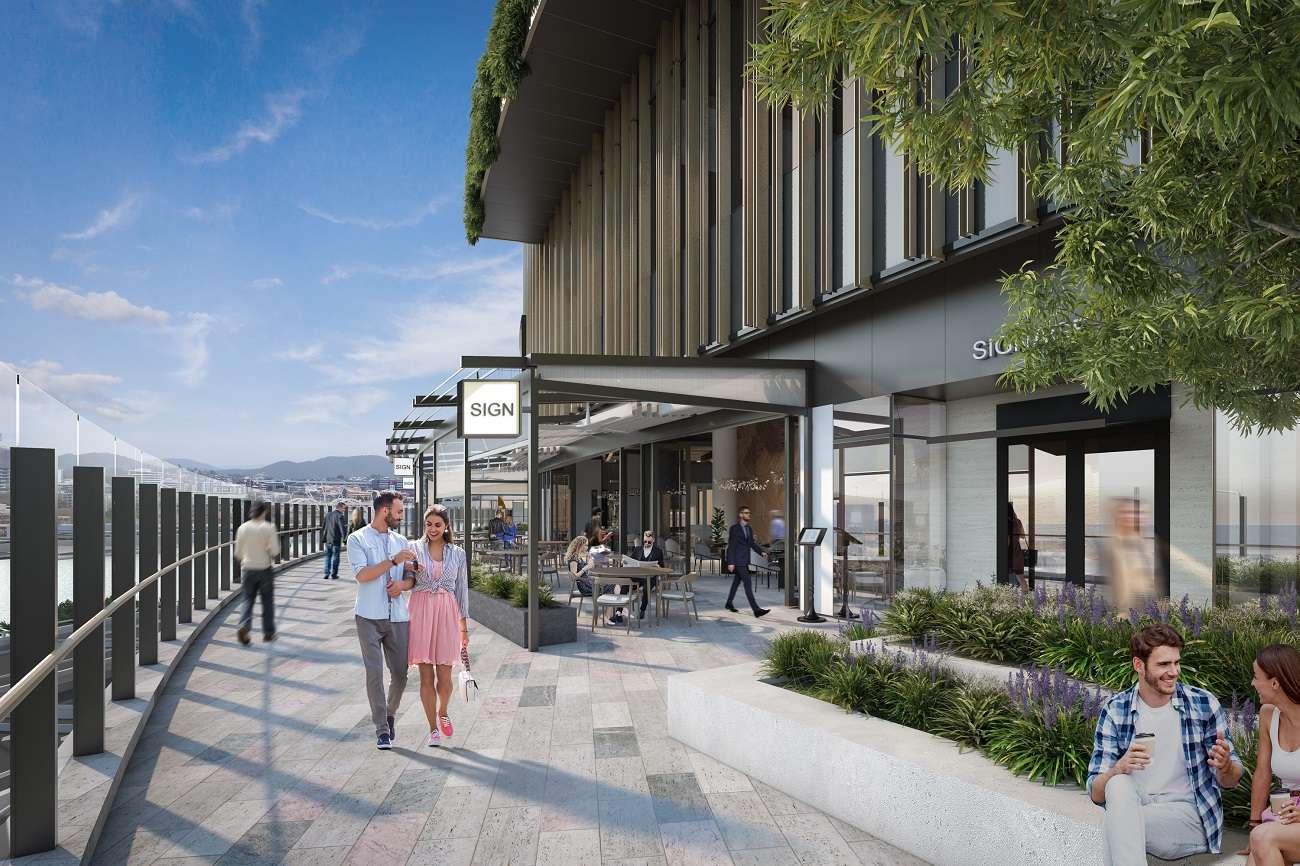 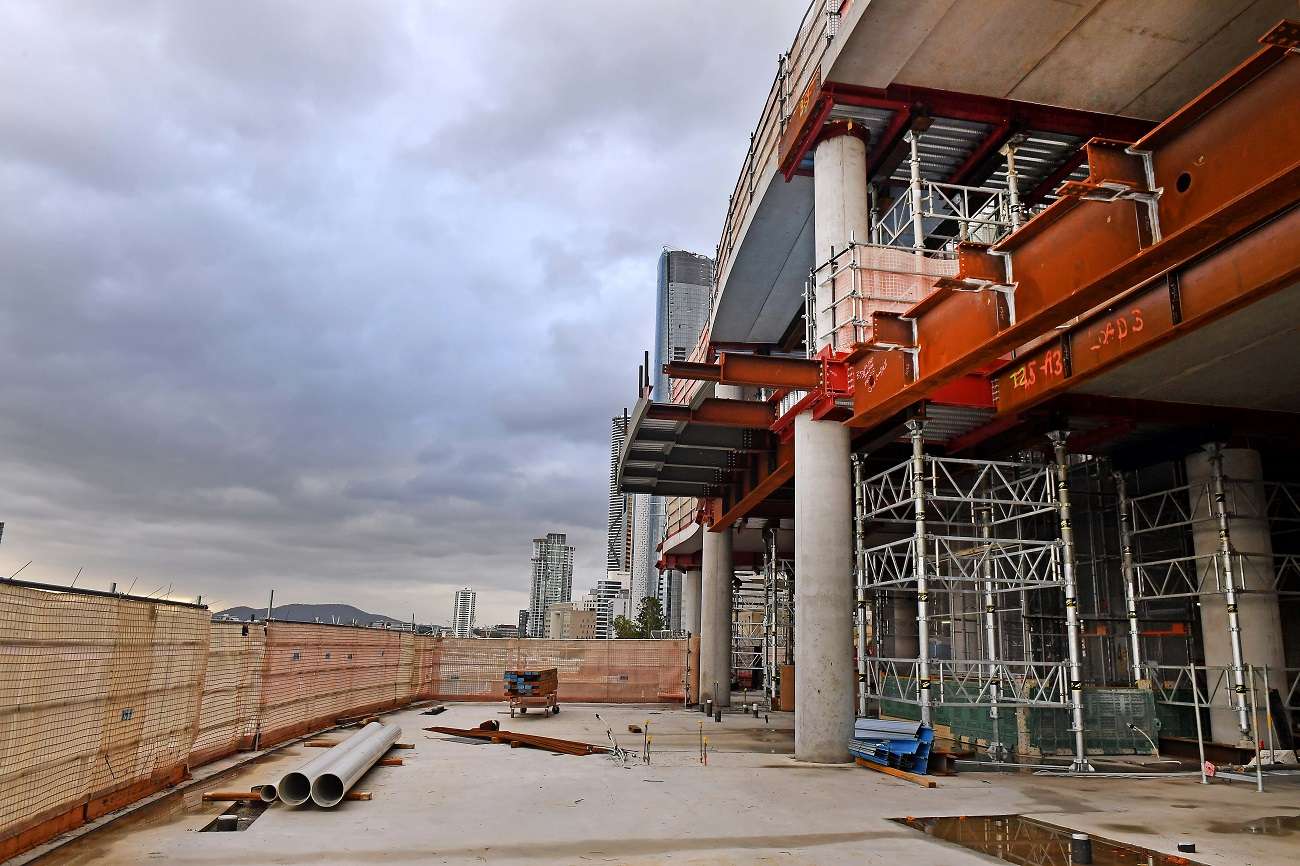 “We’re delivering a project that will change the face of Brisbane,” he said.

“It’s a privilege to have that responsibility and we will deliver a tourism and entertainment destination of which Queenslanders can be justifiably proud.

“The vision is now becoming reality.

“From late next year this will be a must-visit location for locals, interstate and hopefully by then international visitors.

“At a time when we’re looking to rebuild the economy, Queen’s Wharf will provide an economic stimulus led by employment opportunities.”

Destination Brisbane Consortium project director Simon Crooks said the precinct would be a huge focal point for the river city at a key moment in its history. 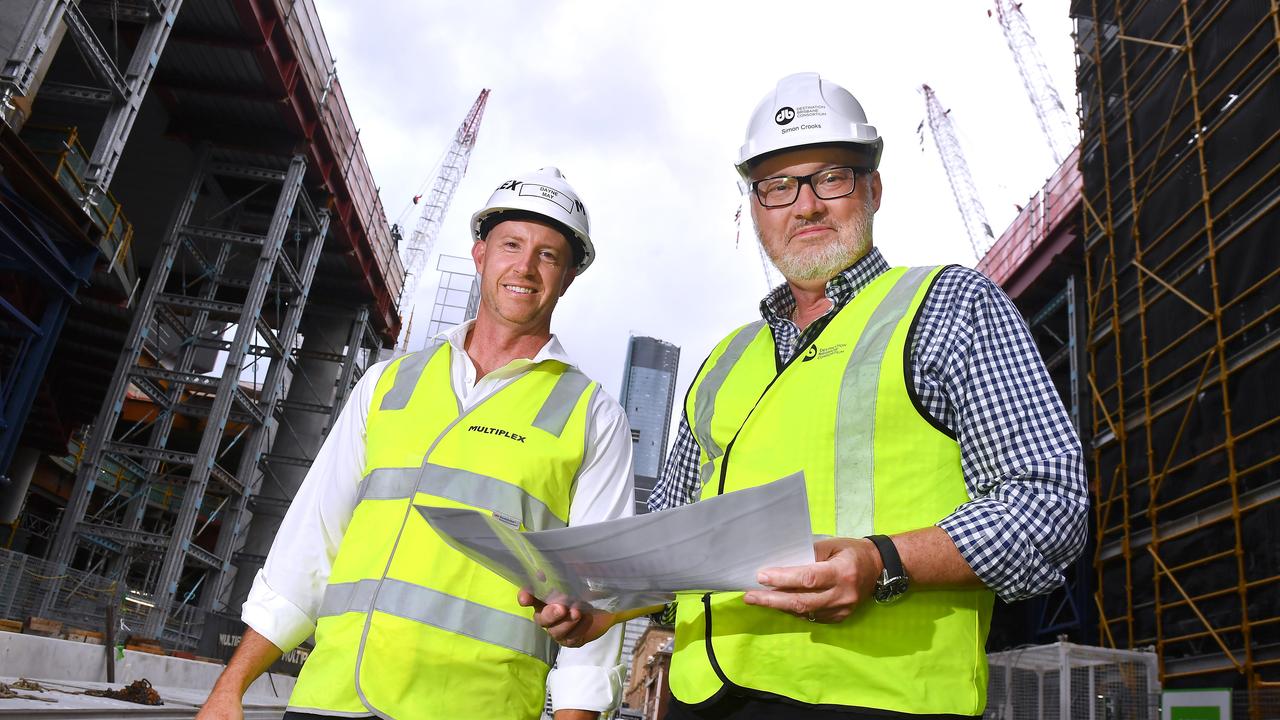 “It is exciting times ahead for Brisbane with the development now clearly on people’s radar as it quickly takes shape,” he said.

“Already we’ve locked in a major retailer (DFS) in the Printery Building, with our attention turning to the heritage buildings and the more than 50 bars, restaurants and cafes within the precinct.

“Queen’s Wharf will light up the evenings and turn an under-utilised section of the CBD into a thriving entertainment hub.”

By the time the second tower opens, The Star Gold Coast precinct will offer nearly 1200 rooms and suites across four hotels in what would be an Australian first.